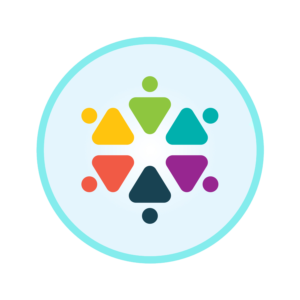 There’s nothing quite like trying to find rooms for rent in New York City, but if you’re new to the Big Apple, things can get a little overwhelming. Here are a few tips to help you prepare for life in the city that never sleeps.

Silence is pretty much an elusive commodity in the city. Every hour of every day the city belts out a chorus of blaring horns, the echo of jackhammers and unruly pedestrians shouting as loud as they can.

If you plan on trying to set aside a portion of your income, toss that idea out the window. Unless you’re planning on starving and spending every night locked in your room, saving in NYC is not a particularly viable option.

Who doesn’t enjoy a fun game of people watching? NYC is rife with nonconformists and a few downright oddballs and most of them converge en masse in the public subway system. It really isn’t unusual to find yourself captivated by an off-key Miley Cyrus rendition belted out by an elderly man dressed in drag during your morning work commute.

Distance in New York City is measured by blocks and you’ll quickly find yourself trekking across dozens of them every day. So invest in a solid pair of walking shoes with thick soles and then get a backup pair for then that first pair wears out.

If you’ve not heard of Seamless, it’s a love/hate sort of app that lets you order food from pretty much every restaurant in the city. It’s great in that you can be enjoying your meal in a matter of minutes, it’s not so great in that is can render you lazy in NYC! It can get expensive though, so if you’re budgeting more on cheap rooms for rent, use with caution.

Times Square is exclusively for tourists and should be avoided whenever you can. Sure, the street performers and bright lights can be appealing, but don’t get sucked into it all. All it takes it being accosted by a Vietnamese guy dressed as Tickle Me Elmo who won’t release you from a big hug until you pay over $20 to make sure you’ll avoid the area at all costs.

When it comes to walking those blocks and blocks in NYC, expect at least a dozen people to crash into you. This isn’t aggressive or hostile, it’s really a friendly gesture – well, you can tell yourself that anyway as you get on with your day.

The first time you dab off that grease on the gigantic slice of NYC pizza will go down in your history books. With plenty of eateries charging just $1 per massive slice, it is one of the most satisfying bargains the city has to offer.

Just because you’re looking for rooms for rent in NYC doesn’t mean you have to root for the local teams and give up allegiances to your hometown franchises. It’s easy to find a bar that will serve as an unofficial meeting place for natives of wherever you’re from and will happily broadcast live coverage of your best team’s games.

Being offered a seat on the subway is about as likely as seeing a solar eclipse. If you are a woman, though, who finds herself in such a rare position, it’s not likely to be an act of chivalry. You may well be expected to return the favor by handing over your number. So be prepared to ward of such an advance – or accept it if that’s your prerogative.

Every single neighborhood in Manhattan is distinctly different and each one has its own special subculture. Keep this in mind when you’re thinking about when to look for rooms for rent. Since commuting across the city can be a challenge, everyone pretty much keeps their social lives to one side or another.

Individuals looking for quieter areas usually gravitate towards the Upper West Side and younger people prefer to flock to the East Village, Chelsea, Murray Hill, Greenwich Village and Hell’s Kitchen.

These 11 tips should help prepare you for life in the Big Apple.